LANDMANN is one of the leading European barbecue brands and is active worldwide with its own sales and buying companies, in addition to Europe,  United States, Australia and China.

With the marketing of Canadian barbecue equipment, in 1966 the company’s founders already laid the foundation stone for the barbecue boom in Germany. The company started its international expansion from the company’s headquarters in Osterholz-Scharmbeck near Bremen.

With its product range the company demonstrates how innovative the industry can be. Today LANDMANN stands more than ever before for BBQ diversity, in equipment as well as accessories. Under the umbrella of a strong brand, LANDMANN creates experience-oriented barbecue worlds, tailored to the lifestyle of the various consumer groups – Your World of BBQ.

LANDMANN was founded in 1966 in Osterholz-Scharmbeck. Here, at the gates of the Hanseatic city of Bremen, is where we have been concentrating on the world of barbecuing for over 50 years. LANDMANN what the first company to introduce barbecuing equipment to the German market on a large scale. Since then barbecuing has become one of the most popular leisure activities around. This makes LANDMANN a co-founder of a trend that is becoming popular across all social classes.

From humble beginnings, LANDMANN has become one of Europe’s largest suppliers of barbecuing and life in the garden. Despite its international activities, however, LANDMANN has always remained true to its Hanseatic roots.

LANDMANN is still an entirely family-owned company. Our main concern is to maintain the sustainable development of the company in the future to fulfill our responsibility to our customers, our business partners and our employees. 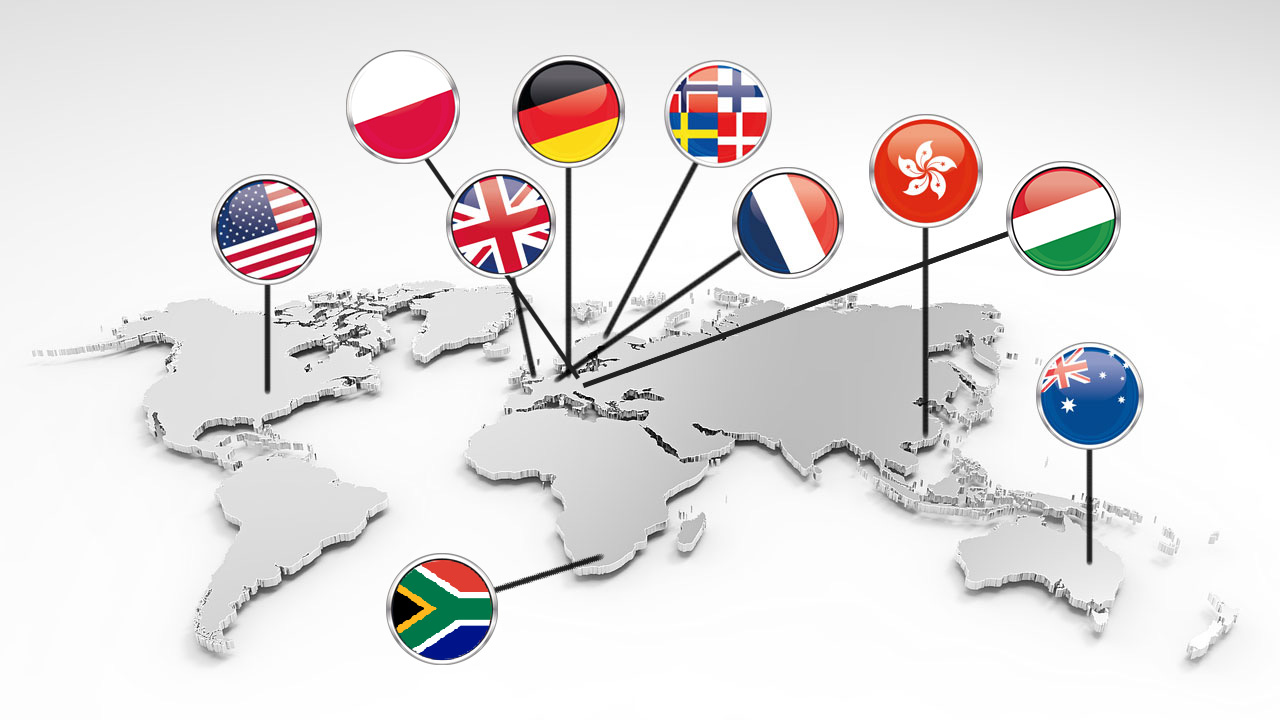 LANDMANN is on four continents with 15 sales companies in more than 35 countries actively. And we have been on the market for a while: LANDMANN Scandinavia AB, can already look back at a more than 25-year-old distribution experience. 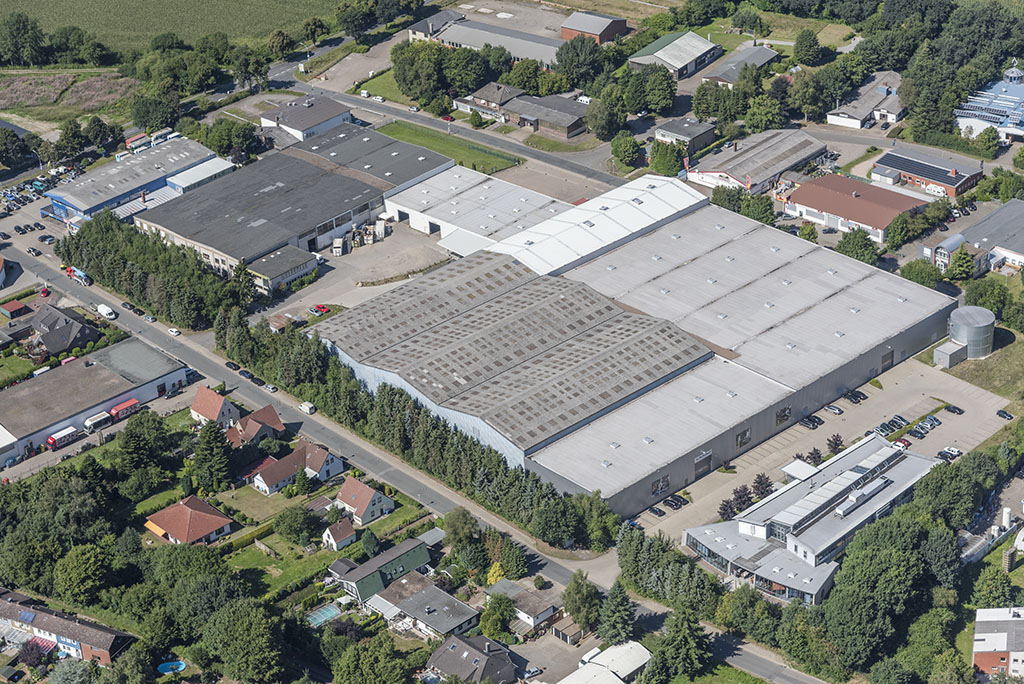 Our products shall serve the individual needs when it comes
to genuine BBQ experiences. We dedicate our passion and knowledge
to the delight of BBQ’ers around the world.

Designed for your experience.

Since we were founded in 1966 we have designed and marketed high quality and user-friendly barbecue and garden products with experience and pride.
We combine the requirements of our trade customers with the wishes of the consumers and the goals of our employees.

For LANDMANN it’ s all about the experience.
The crackling of the coal, the sound of the ignition of the grill, the moment when the meat touches
the grill, the unique smell enriched with fresh herbs, the feel of the lid, the grip of the grill tongs and
the uncomplicated preparation of various components.

All this to share: with the family and all the other beloved ones we like to gather around us.

The company founders Bernd Hockemeyer and Hermann Landmann bring the barbecue to Germany. Consumers are eagerly excited for the new pastime.
The LANDMANN company building at the Osterholz-Scharmbeck location in the early years: from here, the course for the international orientation of the company is set. 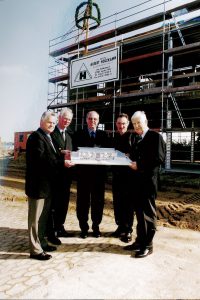 For spit-roasting poultry and sausages, popular in the 1970s, LANDMANN develops its own motorized rotisserie devices for its quality barbecues. These are manufactured in Germany while the engine is produced in Taiwan: the first example of international cooperation.
A maple leaf in the first company logo refers to Canada, the country of origin of the first grills.
German Engineering has always been the basis for innovative products that are produced in international production facilities. Here we see the cast iron grill, whose material advantages were implemented by LANDMANN as one of the first brand manufacturers. Also new: the hotplate function. 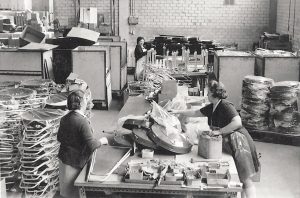 Establishment of the first purchasing company, in the proximity of Hong Kong.
Marketing of the first gas grill model, on the development of which LANDMANN concentrated at an early stage.
In the 1980s the company continued to grow and also expanded through the acquisition of companies
Competence, experience, innovation: With the enamelling of the fire bowl and lid, LANDMANN achieved a leap in the quality of kettle grills.
Foundation of LANDMANN UK . The newspaper article about the Glee trade fair in 1993.
Foundation of LANDMANN Skandinavia AB
Development of the flatbed gas bbq series which is particularly popular in Scandinavia.
Gründung der LANDMANN Skandinavia AB.
The market potential of gas barbecue models was already recognized by LANDMANN at a very early stage and a corresponding range of models developed.
Additional growth through the acquisition of the Peiga company.
Development of the first generation of the Avalon premium gas barbecue series, which stands for the continuity of LANDMANN brand appliances like no other
The internationally patented Heat-System makes the kettle barbecue height-adjustable.
Foundation of the LANDMANN-national company in France.
Market introduction of the Triton gas bbq developed by LANDMANN and the winner of several awards.
Laying the foundations for the new Research & Development-Centre in Guangzhou, China
International patenting of the Power Thermal Spreading-Systems (PTS-System) developed by LANDMANN, which set new performance standards for gas grills.
50 years of LANDMANN – LANDMANN expressed its thanks with special editions and events.
Foundation of LANDMANN Australia PTY LTD. The German barbecue brand is thus represented on the fifth continent.

This is a demo store for testing purposes — no orders shall be fulfilled. Dismiss